Alex, a Scottish landscape artist, is a graduate of Glasgow School of Art in 1967 and works and paints from his home in Port Appin, Argyll.

Born 1941 Loanhead, Midlothian, Scotland, Alex was educated at Greenock High School. He first started training at the Glasgow School of Architecture in 1960, before moving to the Glasgow School of Art in 1963, where he spent the first two years in the experimental Section 5 with Ted Odling and later in the department of Printed Textiles under tutor Robert Stewart.

After leaving art school, Alex had a career as a Scenic Designer with BBC Television, working on a wide range of major TV productions both in the UK and abroad. He became Senior Television Designer in 1989 and Head of Design at BBC Scotland in 1993.

A member of the Chartered Society of Designers, Alex was a Scottish committee member culminating in the design of the Design Renaissance International Conference in 1993 in Glasgow.

Since moving to the west coast of Scotland in 1996, as well as painting, Alex has undertaken architectural design commissions including a green oak framed extension to a house in Glen Creran, a new house in Strath of Appin, a summer house extension in Lismore and extensive alterations to his own home in Port Appin to create a new studio.

He now mainly spends his time drawing and painting, regularly exhibiting throughout Scotland, taking inspiration from the landscape of the West Highlands, most recently in the Outer Hebrides.

“I enjoy living on the edge – the coast and the shore – a place of arrivals and departures – the attraction of opposites. The age-old qualities of nature in the rocks, trees, the skies and water consistently recur as themes in my paintings. My work is heading towards a tension between realism and abstraction: technical control versus the effects of chance. I try to avoid mannerisms and treat new subjects with a fresh outlook – a change of direction. Each new location provides a visual renewal and a new challenge to grapple with.”
Alex Gourlay, Artist Statement 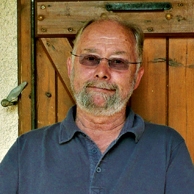 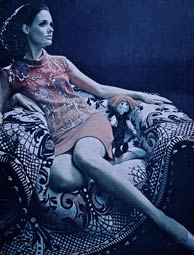